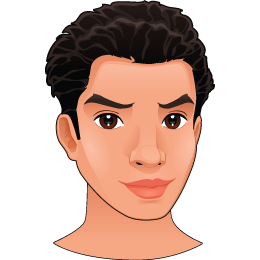 Old doors are great for repurposing into things like tables, headboards or outdoor decor, but they really aren't any good for keeping your home warm during the winter and cool during the summer. So, if you are considering having those old doors removed and new ones put in their place, what do you do with the old ones? You can get a lot of creative ideas for repurposing those old doors on my website. There, you can learn how to transform them, or how to go about getting rid of them and maybe making a few dollars off of them.

Just about every commercial moving company has a list of materials that they're forbidden from transporting. In most cases, the items that end up on this list are simply too volatile to safely transport. Some prohibited items tend to perish in the time it takes to move from one location to another. Others can corrode and leak dangerous material that harms the rest of your contents, as well as the moving truck itself and the movers.

These items often include acids and cleaning chemicals, darkroom processing chemicals, commercial pesticides and perishable items such as produce and meat. Flammable liquids such as gasoline and kerosene are also commonly found on most non-allowables lists. Explosive items like ammunition and fireworks, as well as canned cooking fuel and other devices with exothermic properties are also not allowed. Oxygen and propane tanks are also forbidden from being packed with the rest of your property.

This is just a general description of common non-allowable materials. For more detailed information, it's a good idea to ask your moving company directly for its list of non-allowables.

Now that you know what your movers aren't allowed to move, you can take steps to either dispose of the items mentioned on the non-allowables list or make arrangements to move these items yourself. For instance, you can take many of the items listed above to your nearest recycling center for disposal. Most recycling facilities accept batteries, paint and used oils for a fee. Solvents and other chemicals used either for cleaning or for industrial processes should be disposed of at the proper facility and according to your local standards and regulations.

If you need to use any non-allowed material at your new location, then you may want to consider transporting these materials yourself. Of course, you should make certain that you transport these items in a safe and secure manner. You should also be aware of regulations regarding the transport of certain items. For instance, you may need a placard denoting the type of hazardous material being transported.

As with anything in life, there may be some exceptions to the rules set by your moving company. As an example, some movers may be able to move certain types of perishable items as long as the moving timetable is relatively short. If your perishable items can be moved to the new location within the same day, your mover may consider loading these goods with the rest of the others.